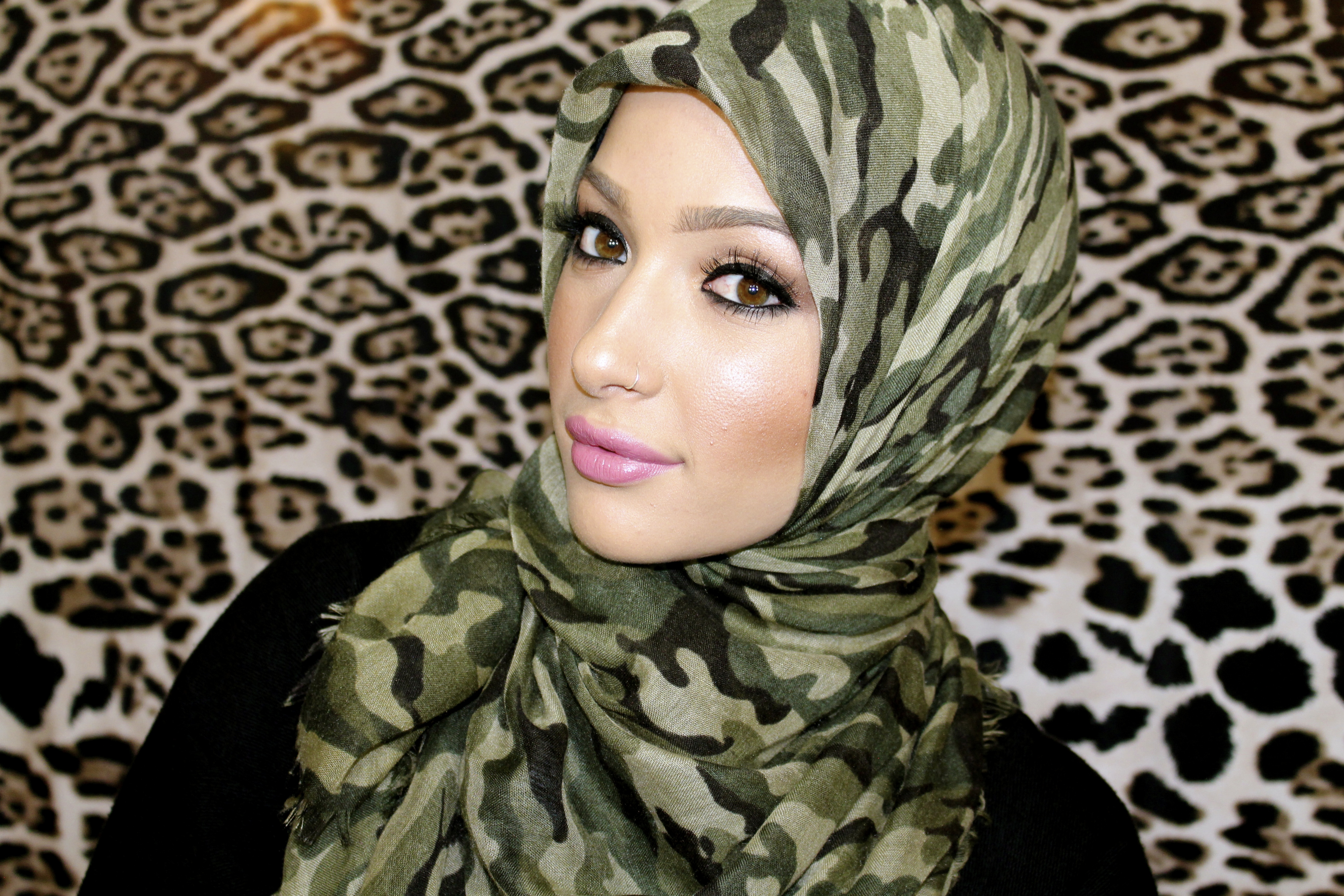 How did you get started ?and why did you choose to vlog instead of blog?

I got started back when I first had my daughter Laila I didn’t really have anything to do while I breastfed so I would just watch YouTube vids . I started filming with my father in laws giant canon gl2 camera . It’s like a giant dinosaur compared to my new camera haha. I’m completely self taught when it comes to editing, makeup everything that goes into producing my YouTube videos.

I haaaate writing ! Lol that’s why it took so long for me to answer these lol! I’m sorry! But yea Im really bad at expressing my self on paper and what not .. I just think  vlogging is more real and you can feel a closer connection in a way to the person in front of the lens.

Were you always into makeup? When did you realize that this is what you wanted to do?

No not really… Growing up I loved eyeliner and I grew this obsession with doing the whole winged liner thing because I was only allowed to wear kohl . It all started after I got married and wanting to spice it up for my husband .:)

When I felt like that I was getting better.. After gaining a steady following I was like wow maybe this is something that I can do. Lol

What camera do you use?

If there was one person who would be your dream to do make up for from anytime/era, who would it be?

It would definitely be my grandma. My dad’s mom. She past-away when I was a baby. Inna lillahi wa inna ilayhi raji’un

How much time does it take to film, edit and vlog?

How do you manage to balance mummy-hood/work and vlogging?

I don’t haha .. No I’m kidding, it’s actually getting harder the older Laila gets.It used to be so much easier when she was a baby, man i really thought the older they get the easier. I used to have a lot of help from family members but now it’s definitely a challenge. I try and do all my filming when Laila’s asleep.. Or busy and I definitely edit when she’s asleep.

Which makeup artist do you look up to ?

With blogging you can only show so much.. But with vlogging it’s on another level you can see how the products look, the application, the finished look.. As well as personality. I also have gotten to meet so many amazing people through doing what I do and travel to so many different places because of it. Also all the free stuff that gets thrown your way.:D

Who are your favourite beauty/makeup vloggers?

l really love Zukreat, she’s a fellow hijab so sweet and humble not to mention extremely gorgeous and very artistic! She came out with her own makeup line mashallah I just really look up to her!
I also really like Nicole Guerriero, mainly because she’s very entertaining when it comes to her videos.. Her personality really shines through!

When you have such a huge following, you can come across some nasty comments, how do you deal with it?

Yess.. I definitely get my fair share. At the end of the day they don’t know me
Most of the comments are made by people who were influenced culturally not religiously.
They’re committing the sin while inshallah I’m getting the hasanat for  being patient and keeping my mouth shut.
Most people hate what they don’t understand. Allah knows my heart, so people can love me or hate me regardless of what they decide I’ll never stop being who Allah created me to be.

What advice would you give someone who wanted to start beauty vlogging ?

Go in with a mind set that your not doing it for the money, free stuff and popularity. Those are all the wrong reasons so many people start up now with just that in mind and expect to make it big. It takes time I didn’t get 79k subscribers over night. Its a very competitive field. Do it with the right intentions insha allah and if its meant to be for you it’ll be. Be yourself .. I know it sounds so cliche but especially with vlogging you can tell when somebody’s acting or being fake. Don’t copy everyones videos be original. Thats all I can think of for now.. Thanks so much Mara ! It was such a pleasure meeting you in Dubai! Insha allah ill see you again soon! XO