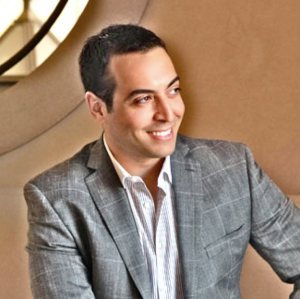 It’s always great to see people from the Middle East succeed and make it in Hollywood!  Mohammed Al Turki is the new kid on the block from our neighboring country Saudi Arabia who is a producer, actor and philanthropist.  With a good number of movies under his belt this fellow arab is moving fast forward.  It’s about time we get to see people from our region making their mark.  What we hope to see more of are movies that represent our region as well, such as CITY OF LIFE by director Ali Mostafa and his new movie that he is working on amongst other projects.  Well done Mohammed on your success in Hollywood.. looking forward to hearing about more of your projects and philanthropic work that is crossing borders.
Here is a little more info on Mohammed Al Turki:
Of Middle Eastern descent, and born in Saudi Arabia, Mohammed Al Turki has recently caused a famed frenzy of interest as an entrepreneur, personality, producer and actor in the town he now calls home – Hollywood.
Adored by his LA counterparts, Mohammed has very quickly positioned himself as Hollywood’s ‘new boy in town’, found and papped working and socialising with many of the industry’s finest. Fashion and music royalty have also taken a liking to the fascinating young man from Saudi Arabia; his undeniable rise in profile has not only presented a shining talent so impressively representing the Middle East region, but also, successfully breaking cultural barriers between ”East and West”.
It all began (and continues) with a sincere passion for films, this drove a determination to solidify his place in the US film industry as a producer, and actor.His first film, “The Imperialists Are Still Alive” was chosen as ”Official Selection” in Sundance 2010. It won “Best Film” both at the Warsaw Film Festival and The Asian American Film Festival. The film also received much talked about national and international media recognition, and praise.His second film endeavour, ”The Harrowing”, in which he stars, is a reality-based horror story based on a group of young people trapped in a haunted mental asylum, with CCTV cameras filming the cast’s every move. ”The Harrowing” is due for release in the fall of 2011.His latest projects include “Arbitrage”, which is expected to bring together an all-star cast, and, most recently announced during this year’s Cannes Film Festival, a Ramin Bahrani production starring Dennis Quaid and Zac Efron.As well as fulfilling his dreams in film, Mohammed Al Turki continues what is a family legacy in international philanthropy. He remains dedicated in his support of various charities including the Elton John Aids Foundation, amfar AIDS Research and many more.His father, Abdulaziz Al Turki, an admired figure in Saudia Arabia, is recognized for his charitable efforts as the Founder and President of the Saudi Cancer Foundation, Chairman of the Saudi Charitable Foundation for Promoting Organ Donation and The Saudi Annual Charity run. Indeed, the apple doesn’t fall far from the tree, with Mohammed supporting and contributing to most of his father’s local charities too
older post
newer post